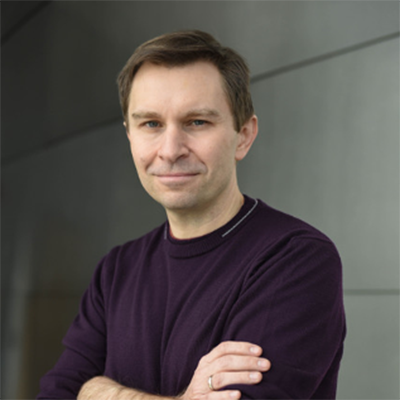 David A. Sinclair, Ph.D. is one of the world’s most famous scientists and entrepreneurs, best known for understanding why we age and how to reverse it. He is a New York Times bestselling authoer and a tenured Professor of Genetics, Blavatnik Institute, Harvard Medical School, co-Director of the Paul F. Glenn Center for the Biology of Aging Research at Harvard, Professor and Head of the Aging Labs at UNSW, Sydney, and an honorary Professor at the University of Sydney. He is best known for his work on genes and small molecules that delay aging, including the Sirtuin genes, resveratrol and NAD precursors. He has published over 190 scientific papers, is a co-inventor on over 50 patents, and has co-founded a dozen biotechnology companies in the areas of aging, vaccines, diabetes, fertility, cancer, and biodefense. He serves as co-chief editor of the scientific journal Aging, works with national defense agencies and with NASA and has received 35 honors including being one of Australia’s leading scientists under 45, the Australian Medical Research Medal, the NIH Director’s Pioneer award, TIME magazine’s list of the “100 most influential people in the world” (2014) and the “Top 50 people in Healthcare.” (2018). In 2018, he became an Officer of the Order of Australia for his work in medicine and national security. His work is regularly featured in print, podcasts, TV, and books, including 60 Minutes, a Barbara Walters special, NOVA, Morgan Freeman’s Though the Wormhole. His book Lifespan was published in September 2019. 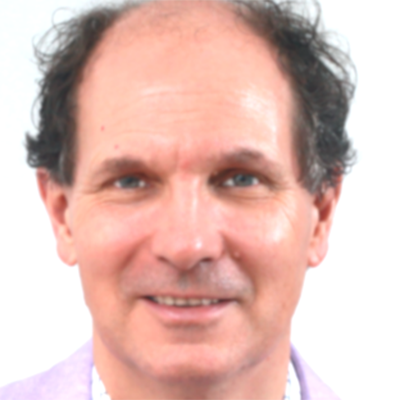 Bill Bishop is an entrepreneur, author, international keynote speaker, futurist, and
innovation coach. He is the CEO of The BIG Idea Company, an innovation coaching
company based in Toronto. He is also founder of The New Economy Network, a
global network of business owners who are passionate about the new economy.
During the past 30 years, 5,000-plus companies have graduated from The BIG Idea
Adventure™, an innovation packaging process designed to help companies develop,
package and launch their BIG Ideas. 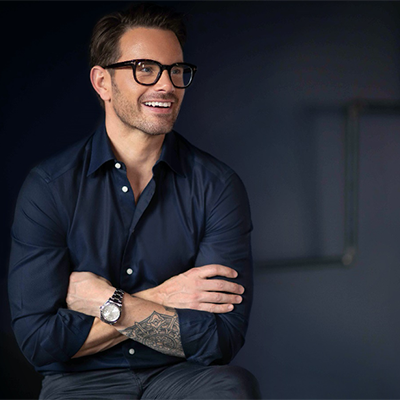 Seth is an internationally recognized thought leader, advisor, and top-rated keynote speaker on talent management, change and innovation, digital transformation, leadership, and the future of work.

His research, case studies, and thought leadership focus on inspiring audiences while sharing actionable strategies to drive meaningful outcomes for individuals and their organizations. He also coaches high performing leaders with practical, life-tested ideas, concepts, and frameworks to elevate their impact and create lasting legacies.

Over the past decade, Seth has shared his insights with thousands of business leaders around the globe for many of the world’s most recognizable brands including Mastercard, Johnson and Johnson, IBM, The Dallas Cowboys, AT&T, PepsiCo, GE Energy, E&Y, Caterpillar, and The Walt Disney Company, to name a few.

In addition to speaking, Seth is the founder and CEO of Future Sight Labs, an org design and transformation firm that supports many of the world’s most inspiring leaders by helping prepare themselves and their organizations for the future of work through research, training, advising, coaching, digital tools, and thought leadership.

Navigating What’s Next: Insights for Shaping the Future of Business 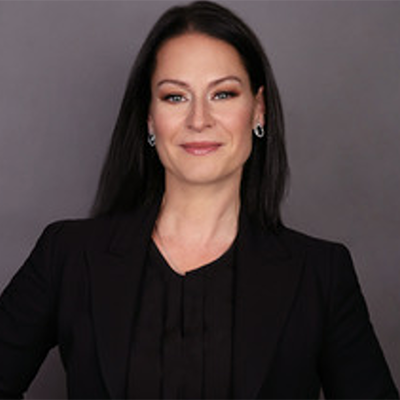 Eloïse Gagnon is a former international business lawyer, top leadership speaker and high performance coach with over twenty years of experience working with entrepreneurs and business leaders from around the world.

Eloise advises and coaches entrepreneurs and business leaders on leadership, emotional intelligence and high performance thought patterns to lead a business and a team in this new world.

Her ideas have been featured in Thrive Global and Authority Magazine and her leadership and communication course has been given at University level, in French, namely at the Université de Sherbrooke.

Leading with principles: Harnessing the power that drives change, innovation and human behavior 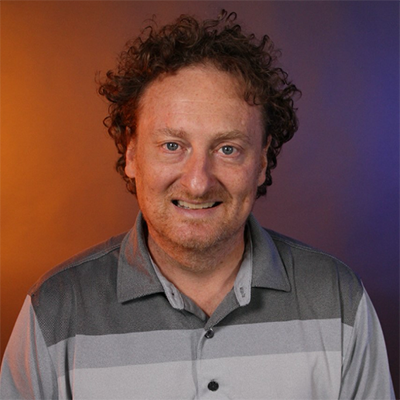 Joseph Frost is an EO Nebraska member, having served in local and regional leadership roles, currently as membership chair and my EO expert. He is the Co-Founder of a fractional CMO franchise company – yorCMO – which provides fractional solutions for its clients and utilizes fractional professionals on its leadership team.

He’s the architect behind the yorCMO system and is actively building the fractional CMO capacity and client base. Joseph is a serial iDea Guy and parallel entrepreneur with 15+ years building businesses and serving clients.

With his degree in Chemical Engineering and an MBA, Joseph has a unique ability to see the forest, the trees, and the entire ecosystem at the same time.

Re-invest, Re-engineer, and Re-imagine your leadership team with fractional professionals 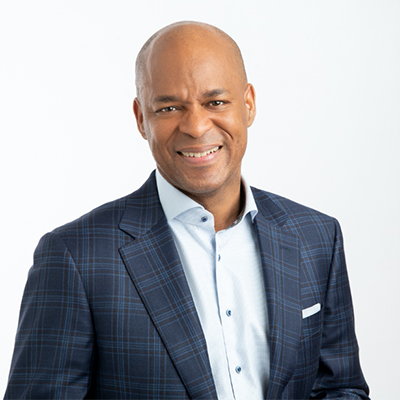 Adrian is an international speaker, business strategist and trusted advisor for chief executives and sales leaders. He speaks on the subjects of Key Account Management and Strategic Selling.

Adrian is the author of Human-to-Human Selling: How to Sell Real and Lasting Value in an Increasingly Digital and Fast-Paced World.

As President of management consulting firm Whetstone Inc., and Principal Partner of The Summit Group, he has worked with organizations such as 3M, SAP, John Deere, Siemens, Merck,
Johnson & Johnson and PwC. His highly talented team has developed a reputation for leading organizations to innovative and practical solutions that enhance customer value and dramatically increase sales and profitability.

Winning In The Pit: Looking to Formula1 to Rethink Customer Engagement 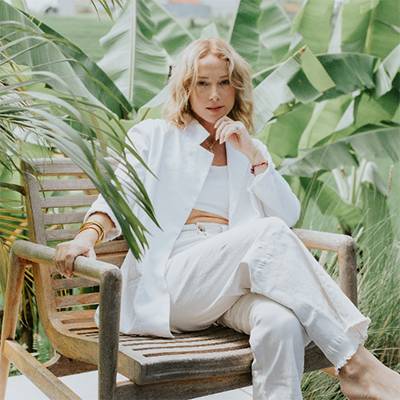 At 21, Tori Holmes rowed across the Atlantic Ocean in an 86-day journey accompanied by one other person. Through dehydration, broken ribs, and hurricanes, Tori endured a very physical, yet philosophical, trial that revealed her innate commitment, surrender and resilience. Today, Tori is recognized as a serial wellness entrepreneur, best-selling author and speaker, who dedicates herself as a Global Leadership Coach. Alchemizing her life experiences along with training in holistic nutrition, ayurvedic medicine, trauma relief and meditation, Tori guides leaders into greater emotional resilience through the felt space, resulting in more impactful and sustainable business decisions. Over any formal education, it has been Tori’s emotional resilience and ability to transform pain into power that has allowed her to pivot through life quakes, overcome cancer, grow through the highs and lows of achievements and significant failures, and succeed in building an extraordinary life. Her altruistic gift is inspiring people to deeply feel through the pain and pleasure that life inevitably brings, so that they too may build extraordinary businesses, relationships and lives.

Keynote Title:
FeltSpace for Leadership: Don’t fix it, feel it.
Emotional resilience & mental wellbeing are the keys to the Big ReThink of leadership for a new paradigm.

Breakout Session Title:
The Tools: Lead from a FeltSpace through Heart Coherence & Self Regulation 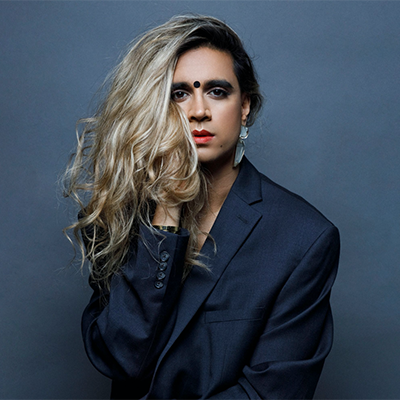 An acclaimed artist, Vivek Shraya uses music, literature, visual art, theatre, and film to engage audiences on topics like mental health, queerness and inclusion. Inspiring audiences to celebrate who they are, she challenges the ways we are taught to think about gender and offers insights on how to create change. In each presentation, Vivek highlights her experience while creating space for audiences to reflect on and share their own. Her work has been featured on CBC’s Best Canadian Albums and The Globe and Mail’s Best Books.

People Change: Reinventing yourself with loved ones and beyond… 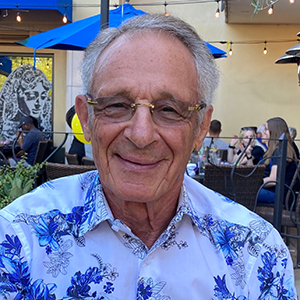 Peter H. Thomas is a Canadian entrepreneur, investor, author, sought-after keynote speaker, mentor and philanthropist. Widely recognized as one of the leading developers and lenders of his time in North America, Peter has founded, chaired and provided vision to countless organizations and endeavors in real estate, development, franchising and philanthropy. Born in England, Peter was raised in Canada by his mother who instilled in him an unshakable foundation of ethics and values. He spent seven years with the Royal Canadian Army, including a tour of duty in the Middle East and Gaza Strip in 1961.

Peter has been at the helm of various real estate projects, including billions of dollars of development in apartments, condominiums, hotels and golf courses. Westover Hills, a master planned community of 1,276 acres in San Antonio Texas, is one of the largest. Franchising has always been central to his philosophy in business, having founded and chaired Century 21 Real Estate as his first franchise opportunity that later sold with sales totaling $9 billion annually. Passionate about philanthropic pursuits, he has founded such organizations as the Todd Thomas Foundation to raise awareness in support of mental health research and treatment, and LifePilot – a program designed to teach others how to live in alignment with their values. Peter has led many significant business ventures, including the development of the Four Seasons Hotel & Resort in Scottsdale, Arizona, and founding Samoth Capital Corporation, a North American real estate investment and management service company.

Thomas Pride International, his private holding company, is a parent company of many affiliates, and is a private investment and financing firm. One of its affiliates, Thomas Franchise Solutions (TFS), is a private equity firm specializing in business investments in the franchise industry, working with specific industries and companies who’ve demonstrated a proven concept. TFS made its first portfolio investment in a dog daycare called Dogtopia, a high-growth franchise that’s expanded from 20 to 200 locations and counting. Another more recent venture, Urban Communities, has a “profit with purpose” mission to improve people’s lives through the development and redevelopment of sustainable communities, creating value for residents, stakeholders, and society.

After an early start and a storied tenure in real estate, development and franchise opportunities, Peter has largely transitioned his focus to values-based leadership work with a strong focus on mental health initiatives. Philanthropy has always played a significant role in Peter’s endeavors, leading him to found and chair the Thomas Foundation, a Canadian public foundation which supports charities primarily centered in support of children, mental health, and education in Canada. The Todd Thomas Foundation was formed as a way to celebrate the life of his son Todd, who he lost to suicide in 2000. The Foundation was started in part to help raise awareness about mental health issues, decrease stigma and support the research for effective treatments. Shortly afterwards, Peter founded LifePilot, a not-for-profit organization which seeks to empower people to live fulfilling, balanced lives, to grow their personal leadership and to realize their highest personal potential.

Having authored many books and publications, including Windows of Opportunity: 21 Steps to Successful Selling, Never Fight with a Pig, and Be Great – The Five Foundations of an Extraordinary Life in Business and Beyond, Peter has continued to demonstrate in his 6+ decades of entrepreneurship an outstanding commitment to a values and ethics-based approach to business and quality of life, both for himself and others. One of Peter’s most significant contributions is as Founder and Chairman Emeritus of the Entrepreneurs Organization (EO), for more than 20 years. Peter now acts in support of the EO Global Student Entrepreneur Awards (GSEA), a premier global competition for student entrepreneurs. Most recently, Peter has created the Thomas GSEA Foundation to financially and energetically support EO’s GSEA program, reflective of his dedication to and passion for shepherding young entrepreneurs through the early stage of their careers. Through a personal donation of $1.5MM in 2021, Peter and the Foundation are strengthening the GSEA program by greatly expanding its reach and impact.

For his tremendous efforts, he’s been awarded with such decorated accolades as the Collegiate Entrepreneurs’ Organization (CEO) Lifetime Achievement Award, an Honorary Doctorate of Laws from Royal Roads University, and the Adult Caring Award, alongside other esteemed recipients such as General Colin Powell and Laura Bush.

Peter and his wife Rita split their time between Puerto Vallarta, Mexico, Phoenix, Arizona, and Kelowna, British Columbia, and especially look forward to spending their summers aboard Happiness on the waters of breathtaking British Columbia.