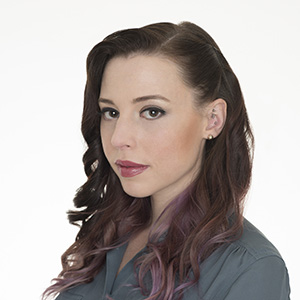 Amber Baldet is the CEO of Clovyr. Think of it as an app store for various, competing approaches to blockchains, helping consumers, developers, and businesses explore blockchain-based, decentralized technologies. Prior to the startup world, she led JP Morgan’s Blockchain Center of Excellence—one of Wall Street’s first high-profile initiatives to harness blockchain technologies. There, she helped develop Quorum, which “has since become one of the most popular places for corporations and governments to start building blockchain projects” (Times). In March of 2019, Baldet will be a Featured Speaker at Austin’s SXSW Festival, talking about how to “bridge the divide between Wall Street and the crypto sets.”

Since its founding, Baldet has served as the Chair of the Financial Industry Working Group within the Enterprise Ethereum Alliance. She is a popular speaker who has delivered speeches at SXSW, MIT, Wharton, Harvard, Cornell, EthCC, Defcon, Money 20/20, Consensus, and other venues. She has also been named to CoinDesk’s 10 Most Influential in Blockchain and is the recipient of the Microsoft Award for Corporate Innovation.